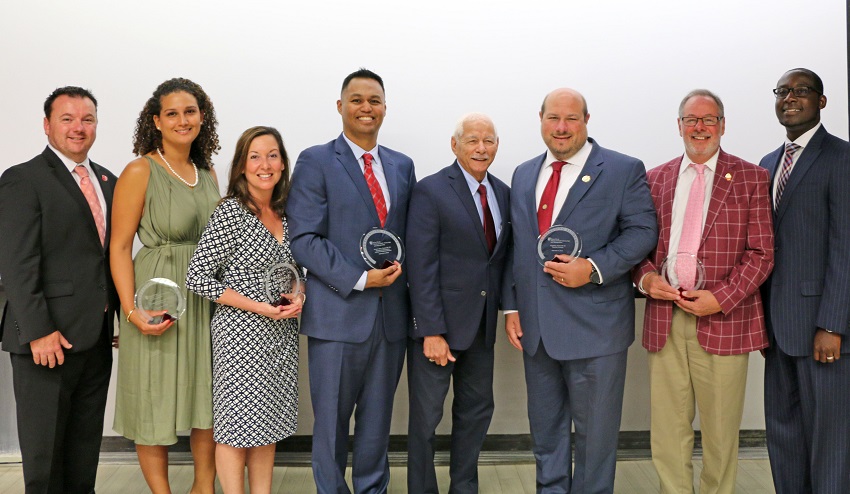 On September 6, 2018 the School of Health Technology and Management celebrated the accomplishments of some of its most distinguished alumni. The 24th Outstanding Alumni Award recipients, Arturo (Roy Flores), Class of 2000, Athletic Training; Ira Gorman, Class of 1979, Physical Therapy; Gwenn Schwerdel, Class of 2012, Clinical Laboratory Sciences; Jonathan Sobel, Class of 1991, Physician Assistant; and Juliette Vendryes, Class of 2010, Respiratory Care, spoke about their experiences as students at Stony Brook, their professional achievements, and provided words of wisdom to the students in attendance. 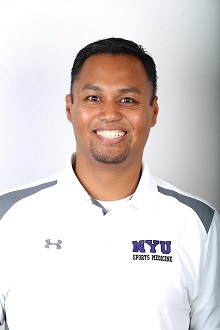 Arturo “Roy” Flores earned his bachelor’s degree from Stony Brook University in 2000 and a Master's Degree in Advanced Athletic Training and Sports Sciences from LIU – Brooklyn in 2004 while working as a teaching fellow. He is currently an athletic trainer for New York University Department of Athletics women’s volleyball, men’s basketball and baseball teams.
Prior to his time at NYU, he served for eight years as an athletic trainer for Stony Brook University (SBU) baseball and soccer programs. While employed at Fairleigh Dickinson University, he oversaw all sports medicine needs for baseball and soccer student-athletes by designing and implementing athletic training policies and rehabilitation programs.
Flores has been involved in many postseason successes, with several of the programs he has been associated with earning multiple NCAA postseason bids. While at SBU, the Seawolves’ baseball team made a College World Series appearance in 2012.

Roy has contributed to the healthcare of athletes by volunteering at the Empire State Games (1999-2008), NYC Triathalon (2009-2018), PGA US Open (2013) and NYC Marathon (2014-2018). In addition to providing medical services, Roy has contributed to the athletic training profession serving as a representative and Chair of the National Athletic Trainers’ Association Ethnic Diversity Advisory Committee (2013 – present). He is currently the President Elect for the New York State Athletic Trainer’s Association. 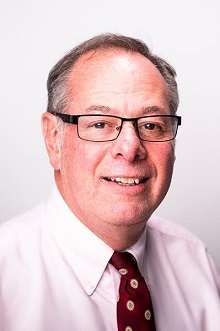 Ira Gorman, PT, Ph.D., is currently an Associate Professor and the Assistant Dean at Rueckert-Hartman College for Health Professions at Regis University in Denver, Colorado. Dr. Gorman received his Bachelor's Degree in Physical Therapy from the State University of New York at Stony Brook in 1979, after first completing a Bachelor's Degree in Biological Sciences at Stony Brook in 1977. After moving to Colorado, he completed his Master's Degree in Public Health in 1994 and his Ph.D. in Health and Behavioral Sciences in 2012 at the University of Colorado—Denver.
Dr. Gorman currently serves as the President of the Health Policy and Administration section of the American Physical Therapy Association (APTA), and was the recipient of the APTA’s prestigious Lucy Blair Service Award and the R. Charles Harker, Esq. Policy Maker Award in 2012 for his extensive service to the profession at a national level. He has an extraordinary history of grants, publications, and peer-reviewed presentations nationally, and is recognized at the state level as an advocate for public health reform.

Dr. Gorman received the Rueckert-Hartman College for Health Professions Faculty Leadership Award in 2016 for his notable accomplishments as a scholar at Regis University. His record of service to the community at the international, national, and regional level demonstrates an inherent compassion for those less fortunate, as well as a dedication to advocate for changes in healthcare that benefit those in need. 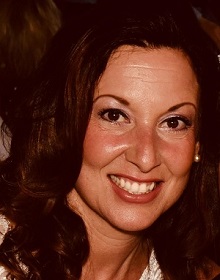 Gwenn Schwerdel, MLS(ASCP)CM is a medical laboratory scientist licensed in the State of New York and certified with the American Society for Clinical Pathology. Gwenn began her career in 2012 with Enzo Clinical Labs performing DNA extractions and RNA analysis via PCR, later shifting to microscopic analysis and testing in hematology, blood bank and chemistry. In 2014 she received the company’s Service Excellence Award for outstanding performance.

Gwenn joined TrueTox Laboratories in 2015, preparing samples for toxicology confirmatory testing via LC-MS. She currently analyzes and certifies LC-MS data in her position as a Lead Certifying Scientist. As the Education Coordinator at TrueTox, Gwenn manages the clinical education program and affiliations with academic institutions. In this role, she is responsible for initiating TrueTox’s first clinical rotation and research study collaboration with the Clinical Laboratory Sciences Program at SHTM.

Gwenn graduated from the School of Health Technology and Management at Stony Brook University in 2012 with a Bachelor of Science in Clinical Laboratory Sciences, and received the Leadership Award that same year. As a student, she presented research on the stability of Anti XA at the Clinical Laboratory Expo in Los Angeles, and was recognized as one of the Keys to the Future by the American Society for Clinical Laboratory Science (ASCLS). Gwenn is still active with this organization today — serving her second term on the Board of Directors as Treasurer. Gwenn is a six-time recipient of the ASCLS-NY Omicron Sigma award for outstanding service and is a member of the American Society for Clinical Pathology. 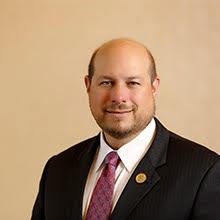 Jonathan Sobel graduated from the Stony Brook PA Program in 1991, earned an MBA from Hofstra University School of Business, and received his Doctor of Medical Science Degree from the University of Lynchburg in August, 2018.

Jonathan is Senior Administrative Director for PA Services at Northwell Health and is responsible for PA operations at the system’s Manhattan campuses. He works to ensure recognition of the value PAs bring to healthcare by integrating them into every service line at Northwell and ensuring their participation on critical medical staff committees and quality improvement initiatives. Since joining the organization’s cardiovascular and thoracic surgery team, Sobel has held a series of progressively higher senior positions within the system.

Jonathan has also served in various professional leadership positions. Prior to becoming President-Elect of the American Academy of Physician Assistants (AAPA) in 2017, he served two years as AAPA’s Secretary-Treasurer and on multiple committees and advisory commissions. He is a past President of the Association of PAs in Cardiovascular Surgery and an active member of the New York State Society of PAs and the American College of Healthcare Executives. Additionally, he is an Assistant Clinical Professor at Pace University-Lenox Hill Hospital and enjoys mentoring PA students. 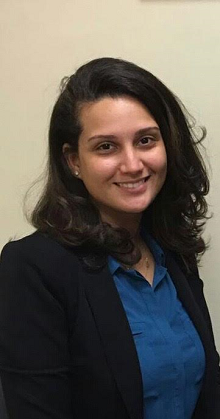 Juliette Vendryes, RT, RRT is the Administrative Director for Cardio-Pulmonary Services at New York Presbyterian Hospital Lawrence. In this role, she is responsible for overseeing and managing all activities and operations of the Departments of Respiratory Care, Non-Invasive Cardiology, and Cardiac and Pulmonary Rehabilitation. Prior to joining New York Presbyterian in 2018, she was the Assistant Director for Respiratory Therapy at North Shore University Hospital. Prior to that, she held the role of Clinical Coordinator of Respiratory Therapy at North Shore University Hospital. 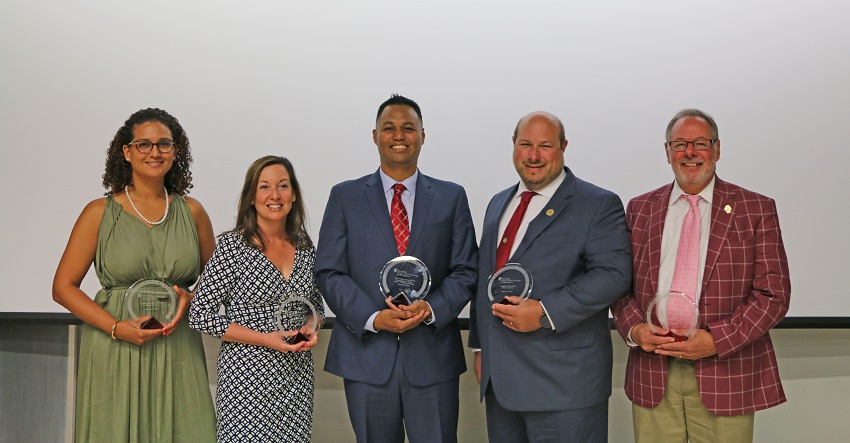